Bats do have their relaxed moments, when they are just hanging; doing their own thing..

But we are afraid of them. We always have been.

My one and only close encounter with a bat took place in South Africa. One hot summer night I slid into the back seat of my parent’s car, the windows of which had been left open to keep it cool , and felt something soft, furry and warm move onto my sandeled foot. In the darkness I couldn’t see what it was. My father shone a torch onto it and all we could see was a round dark furry shape. I froze in terror; we had an open thatch house which regularly provided us with unexpected tarantulas. Eventually my parents persuaded me to move; I gingerly put my foot out of the car onto the path; whatever it was clung to me fondly. In the moonlight we saw it was a small bat ( it would have been a very large spider!) which we eventually persuaded to cling to a tree instead. But while it was still breathing on my foot, even when I knew it was a harmless bat, and not a spider, I was still terrified; I just wanted it off..

Perhaps it’s because of the company we think they keep.. 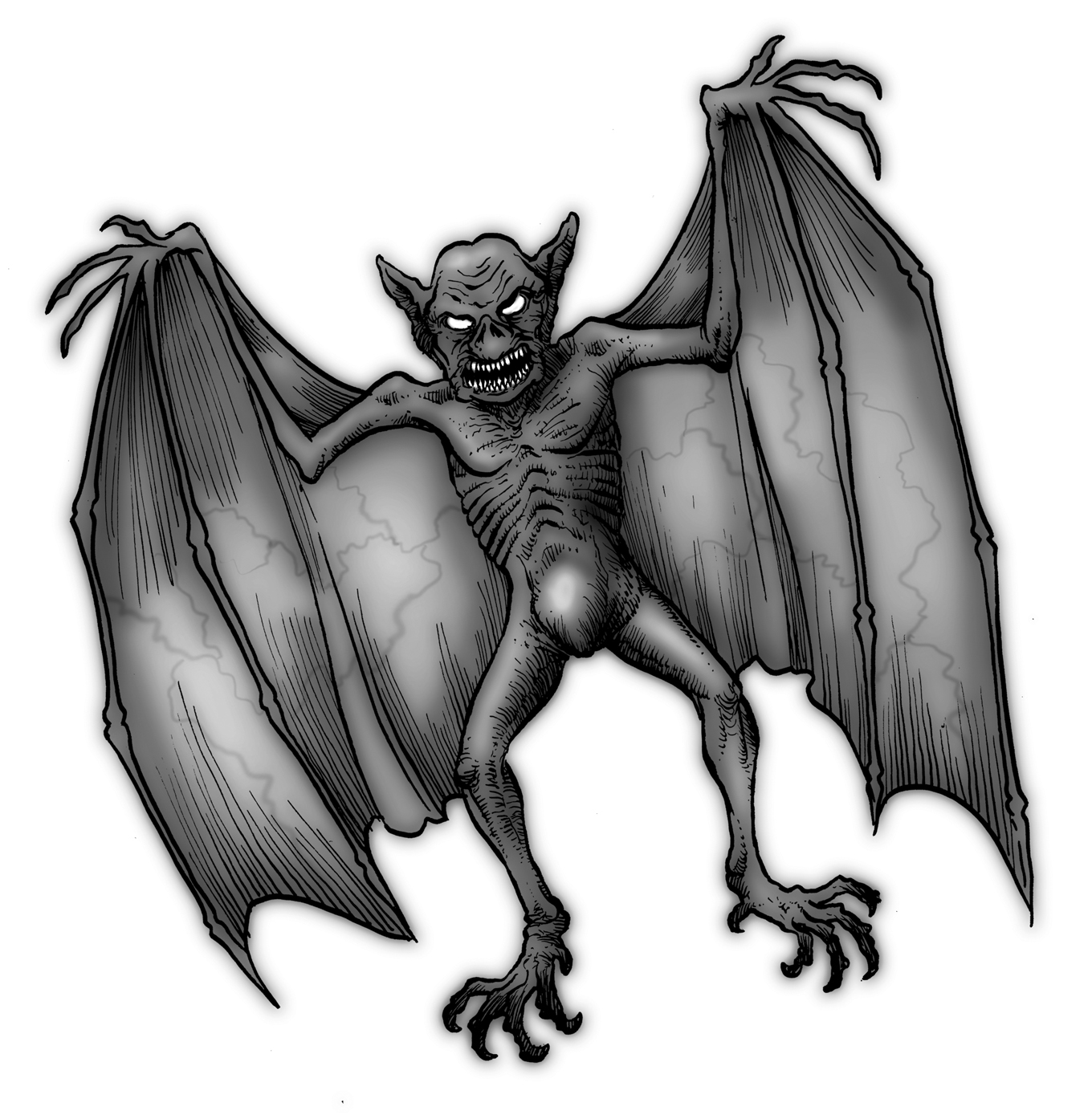 Bats have always been associated with the Netherworld

(Following quotes are taken from an article by Professor Gary F. McCracken; there is a link to the full piece above.)

One common folk belief is that bats are human souls that have left the body. Contemporary Finnish folklore relates that during sleep, the soul leaves the body and may appear as a bat. Such lore also explains the disappearance of bats during the day, since when humans awake, their souls return home to their bodies.

When seen as human souls, bats are often imagined as souls of the dead, particularly souls of the damned, or those that are not yet at peace. Both African-Americans and those of European descent from around the United States frequently maintain that bats are “ghosts” or “haunts.” Sicilian peasants relate that the souls of persons who meet a violent death must spend a period of time, determined by God, as either a bat, lizard, or other reptile. In the Auguries of Innocence, William Blake saw the bat as the damned soul of the infidel:

The bat that flits at close of eve Has left the brain that won’t believe.

An even earlier example of Western tradition associating bats with souls of the damned is provided by Homer when Hermes conducts squeaking, bat-like souls to Hades (The Odyssey, XXIV, 5-10). In Greek mythology, the bat was said to be sacred to Proserpina, the wife of Pluto, ruler of the underworld.

Similarly, the Mayas of Central America had a bat God, Cama-Zotz (or “death bat”), depicted as a man with bat wings and a bat-like leaf nose, who lived in a region of darkness through which a dying man had to pass on his way to the netherworld.

American equivalent of the Ahool, in Mythology known as Camazotz.

The association of bats with the devil continues today in many cultures. An African-American folk legend relates that the devil may appear as a bat.

The association of bats with death, hell and the devil, established long before Meatloaf, might seem to have affected the way they were named…

And don’t get me started on vampires…

The species name of the common North American little brown bat (Myotis lucifugus), might connote an association with Lucifer, the fallen Archangel. That was not, however, the intent of “lucifugus,” which has the less forbidding translation of “light fleeing.” (It is interesting to note that “lucifer” means “light bringing,” and that prior to his fall from grace, Lucifer was the most beautiful of the Archangels.) Then there is the Neotropical fruit bat, Vampyrops helleri. Despite appearances, this bat was not named for the abode of the damned, but in tribute to Florian Heller, a biologist.

Although folklore persists, most people know that bats are not disembodied spirits or the devil’s friends, confidants, or alter egos. Increasingly, people are coming to know that bats are one of the most diverse, interesting, and ecologically important groups of mammals. The myriad of physical, ecological, and behavioral features that make bats so prominent in folklore are the products of natural selection, demonstrating once again that the natural often surpasses the supernatural.

Robert Graves, in Outlaws, on of the poems we feature in The Cool Web, gives bats a walk-on part as far as foreboding goes – his main harbinger of evil is the owl; of which more in a later blog..