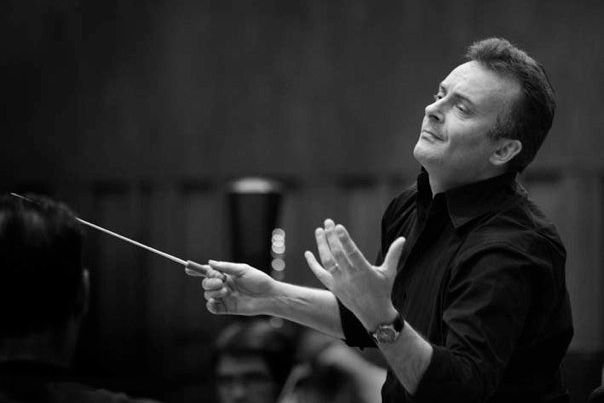 Robin O’Neill’s conducting has been praised for it’s balance of intellectual rigour, immaculate line and visceral excitement. A performance of the Sibelius 7th Symphony prompted one reviewer to note that “he obtained a rock-like stability to the tonal structure that underpins the disturbances, thereby creating a symphonic statement both powerful and concise.” Matthew Rye in the Daily Telegraph has commented: “Robin O’Neill conducted them (London Philharmonic) in sleek, suave performances where phrases were ideally shaped and balance nigh perfect” and the Financial Times has commented that: “Robin O’Neill conducted the brilliant Philharmonia Orchestra in faultless up-tempo style.” Commenting on Robin O’Neill’s work as music director of the Soldier’s Tale (in a European/Iraqi collaboration which took him to Baghdad in Sept 2005 and then on a two week run at the Old Vic Theatre) the late Sir Charles Mackerras said “I would like to congratulate Robin O’Neill on his marvellous conducting of the whole ensemble, whether European or Iraqi. I particularly admired the fact that a great deal of the Stravinsky seemed to be played from memory. This in itself is a tremendous feat!”

In his parallel Robin O’Neill is principal bassoonist with the Philharmonia Orchestra and has held the same position with the Chamber Orchestra of Europe and the English Chamber Orchestra. He is a member of London Winds and the Gaudier Ensemble. He is a Grammy nominated recording artist and has recorded virtually the whole of the core chamber music repertoire with more than 40 CDs to his name on labels such as Hyperion, Chandos, Decca and Philips.