British baritone Edward Grint has worked with many leading ensembles, and recently performed Bach’s St. Matthew Passion for the London Handel Festival, Bach’s Coffee Cantata with Laurence Cummings and the Adderbury Ensemble (Holywell Music Rooms, Oxford), Elgar’s Dream of Gerontius in Ely Cathedral, Bach’s St. John Passion (London Mozart Players) and Handel’s Messiah (City of London Sinfonia). He made his debut at the Theater an der Wien as Arcas Iphigenie en Aulide; other recent engagements include Guglielmo Cosi fan tutte for the Rye Festival, a recording of the role of The Poet in Edward Hughes’ new opera When the Flame Dies , Haydn’s Creation at King’s College, Cambridge with Stephen Cleobury, Bach Magnificat in Malta with the OAE, Bach St Matthew Passion in Spain with The King’s Consort, Marchese La Traviata for Iford Arts, Brother The House Taken Over by Vasco Mendonça for Aix en Provence Festival, Adonis Venus and Adonis and Aeneas Dido and Aeneas for the Innsbruck Festival. He was awarded the Second Prize at the 3rd International Singing Competition for Baroque Opera Pietro Antonio Cesti in Innsbruck, along with the special prize of singing the role of Arcas Iphigenie en Aulide at the Theater an der Wien

Philharmonia Voices was formed by Aidan Oliver in 2004 to provide the Philharmonia Orchestra with an elite professional chorus to work on many of the orchestra’s most ambitious projects. Since then the choir has established itself as one of the most exciting choruses in London, attracting consistently outstanding praise from the critics for its collaborations with the Philharmonia in a huge range of repertoire.

On October 30th, Philharmonia Voices will be 24 voices strong, made up of a selection of the UK’s top young vocalists tailored specifically for this event by Aidan Oliver (Westminster Abbey).

Since “The brilliant Endymion” (The Sunday Times) was formed in 1979 it has built a secure reputation across a broad and often adventurous repertoire and won a strong following among audiences throughout the UK and abroad, touring in Ireland, Italy, Spain, Finland and Mexico. Endymion has made a speciality of twentieth-century music, theatre and small-scale opera, including collaborations with the Royal Opera House’s Garden Venture, Women’s Playhouse Trust and Opera Factory. It has appeared at most of the major British festivals and performed three times at the Proms.

For this special WW1 Centenary concert, Endymion will have an ensemble size of 18, made up of a woodwind quartet, brass trio, harp, piano, 3 percussionists and string quintet. 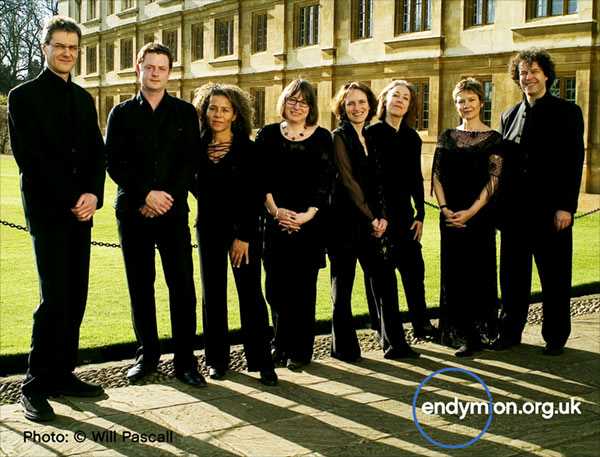 The Melody Makers of Bath Abbey

The Melody Makers were founded in January 2011. The group has grown consistently over the years and now has forty members from all over the city who regularly meet for music, song and friendship.

The choir sing a lively and varied repertoire which is accessible to all and always enjoyed by both the children singing it and those listening to it.

As well as one-off performances during the year, the youngsters also give a number of regular concerts, including a slot at the opening of Party in the City, they always turn out to give a warming rendition of carols at the Christmas market and never fail to delight at the Carols for Choir and Audience in the Abbey, where they get to sing alongside the Girls’ and Boys’ choirs too.

The group have travelled a fair amount in their short history, singing in places such as Salisbury and Gloucester Cathedrals and Stroud Town hall, as well as lending their voices to various performances, including Carmina Burana, Britten’s Friday Afternoons and even appearing BBC Radio 4.

more on the The Cool Web : A Robert Graves Oratorio…