The Great War in Costume: The following text is taken from the press release of the Fashion Museum. The images are downloaded separately, from google images.

Costumes from Downton Abbey will feature as part of a new exhibition at Bath’s Fashion Museum.

The exhibition, The Great War in Costume: Family and Fashion on the Home Front, which runs from Saturday July 19 – August 31, will mark the centenary of World War One, and will be opened by journalist and writer Kate Adie OBE.

Bath & North East Somerset Council’s Fashion Museum is hosting the exhibition in the Ball Room of the Assembly Rooms, as part of the Imperial War Museum’s Centenary Partnership.

Yvonne Hellin-Hobbs, the exhibition organiser, said: “World War One changed the lives of women for ever. Due to the recruitment of most healthy men, women were required to do the jobs that men used to do. With this, women’s fashion changed; corsetry was softened and clothing became more practical, with some working women even wearing trousers for the first time.

“The exhibition follows the lives of women on the home front through this conflict and how this new life and social status influenced fashion for women. As well as costumes from the television series Downton Abbey, it will also feature examples of uniforms and civilian dress, memorabilia and propaganda.”

Women on the Home Front

Councillor Ben Stevens, Bath & North East Somerset Council’s Cabinet Member for Sustainable Development, said: “We’re proud to be hosting such an important exhibition as part of our commemoration of World War One in Bath and North East Somerset.” 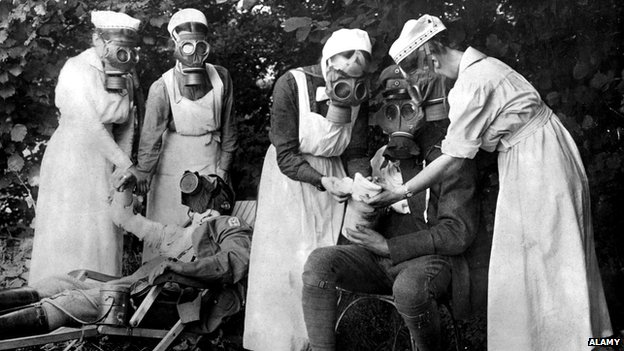 Kate Adie is the author Fighting on the Home Front: The Legacy of Women in World War One, a book which has been an important information source and inspiration for the exhibition.

There will also be a special illustrated talk on Wednesday August 6, at 2.30pm, called ‘Women and the Great War’. Author and broadcaster Lucy Adlington will look at the lives of women during the war and display an array of original clothes. Tickets priced at £10 (£8 concessions) include entry to the exhibition The Great War in Costume, and can be purchased from Bath Box Office http://www.bathboxoffice.org.uk/ Tel 01225 463362.

The elegant side of war work

Entry to The Great War in Costume is included in the ticket for the Fashion Museum, open 10.30-5pm daily. Admission price is £8 adults/£6.00 children, free to Discovery Card Holders. Visit http://www.fashionmuseum.co.uk/ for more information Home Front, The Great War, women in world war one